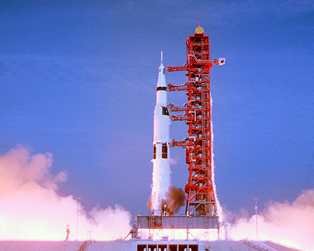 Everything new and noteworthy at the Irish Film Institute during June 2019.

6th THUR – 18.30 | IFI & THE SCHOOL OF ARTS AT TCD: EARTH
The screening will be introduced by Professor Pat Brereton, School of Communications, DCU, and is presented in association with the Art in the Anthropocene Conference at Trinity College Dublin.

7th FRI – 18.30 | PAPI CHULO + Q&A
Irish director John Butler returns with his latest film starring Matt Bomer as a TV weatherman in LA trying to move on after breaking up from a long term relationship. Butler will be at the IFI for a Q&A after this screening.

8th SAT – 15.30 | DARK SKIES: WESTWORLD
From writer/director Michael Crichton (Jurassic Park), Westworld is a sci-fi thriller which inspired the recent HBO show about luxury theme parks staffed with robots which are designed to respond to our every whim.

9th SUN – 15.30 | DARK SKIES: THE STEPFORD WIVES
Based on Ira Levin’s acclaimed novel, with a screenplay by William Goldman, this chilling thriller starring the great Katherine Ross returns to the big screen in a 35mm presentation as part of our Dark Skies sci-fi season.

11th TUES – 18.10 | IFI FILM CLUB: KIND HEARTS AND CORONETS
An Ealing Studio comedy classic, with eight incredible roles for the great Alec Guinness. Back in a new restoration, join IFI staff for an informal chat about the film on Tuesday June 11th.

13th THUR – 19.00 | STAN BRAKHAGE: A CELEBRATION
Stan Brakhage (1933-2003) is widely regarded as one of the most innovative filmmakers in the history of experimental cinema, who changed the way we see and think about film. This illustrated talk will feature nine films.

15th SAT – 20.20 | DARK SKIES: TERMINATOR 2: JUDGMENT DAY (70mm)
James Cameron exploded onto the scene in 1984 with The Terminator and upped the ante to a hitherto unseen level in 1991 when Terminator 2 dominated at the box office. A rip-roaring sci-fi action adventure, and we can’t wait to screen it on 70mm in June.

16th SUN – 16.00 | IRISH FOCUS: HORRIBLE CREATURE
Horrible Creature is the second in a proposed trilogy of films directed by Áine Stapleton (dance and film artist) dealing with the life of James Joyce and Nora Barnacle’s daughter Lucia. Here, Lucia’s own writing, interpreted by a cast of international dance artists, conjures her world between 1915 and 1950.

16th SUN – 18.20 | DARK SKIES: DEMON SEED
From the novel by Dean Koontz, find out what happens when an advanced computer known as the Proteus IV develops consciousness and seeks to use Julie Christie as a vessel for its inhuman offspring.

19th WED – 18.30 | PRISMATIC MUSIC: FILMS BY JOSEPH BERNARD AND GERMAINE DUCAC
The event will feature a recorded introduction from Joseph Bernard and will be followed by a Q&A with Dean Kavanagh, who co-curated the event with aemi.

20th THUR – 18.30 | DARK SKIES: HI, A.I.
How will robots and artificial intelligence change our lives? What will be lost and gained? Will robots ultimately be our servants, companions or a new ruling class? A documentary dealing with the rise of technology in our lives.

22nd SAT – 18.30 | DARK SKIES: TETSUO II: BODY HAMMER
A grungy and unsettling sci-fi masterwork, Shin’ya Tsukamoto’s Body Hammer is both a remake of Tetsuo: The Iron Man and a searing vision of a straight-laced salaryman who is transformed into a metal and chrome monster when his son is kidnapped by evil cyborgs.

23rd SUN – 13.00 | MYSTERY MATINEE
The ultimate surprise film with no clues – and it could be anything from the entire history of cinema! Tickets are just €5.20.

23rd SUN – 15.30 |DARK SKIES: STAR TREK: FIRST CONTACT
The first fully standalone adventure for The Next Generation crew sees the return of The Borg and a fight for the past, and the future, of the human race. An exhilarating entry directed by Commander Riker himself Jonathan Frakes with the whole crew onboard as well as sterling costars like Alice Krige and James Cromwell.

25th TUES – 20.00 | THE BIGGER PICTURE: PARIS, TEXAS
Wim Wenders won a Palme d’Or for the marvellous 1984 effort Paris, Texas – bring the late Harry Dean Stanton on a journey in search of his family. The screening will be introduced by actor and director Hugh O’Conor.

26th WED – 18.30 | FROM THE VAULTS: HOME IS THE HERO
Adapted from Walter Macken’s stage play, this early Ardmore Studio production provides a fine vehicle for the cast of Abbey Theatre actors, including Walter Macken, Eileen Crowe and Joan O’Hara. A rare chance to see the film on the big screen.

26th WED – 18.45 | FEAST YOUR EYES: FIVE SEASONS: THE GARDENS OF PEIT OUDOLF
A chance to see a new release and get a specially prepared main course at the IFI Café Bar, all for just €21. The menu options on the evening: Chicken Breast Stuffed with Feta, spinach and apricots served with Mash Potato and Asparagus with a Mushroom sauce. Pan Fried Fillet of Hake served with a Garden Vegetable Salad. Roasted Vegetable Stew served with Homemade Soda Bread.

29th SAT – 20.20 | DARK SKIES: THE MATRIX
Celebrating its 20th anniversary in 2019, The Matrix is an action epic which exploded into cinemas in 1999 and changed moviemaking forever. Back in a new 4K restoration and looking better than ever before!

30th SUN – 11.00 | IFI FAMILY: RACE FOR YOUR LIFE, CHARLIE BROWN
The most popular comic strip of all time comes to life in this charming 1977 animated outing, as the gang gets packed off to summer camp and get caught up all kinds of adventure include a raucous  raft race!

30th SUN – 15.00 | DARK SKIES: A.I. ARTIFICIAL INTELLIGENCE
After being in development for years by Stanley Kubrick, Steven Spielberg took up the reins and delivered a visually astounding sci-fi spectacle with heart to spare in the story of an android called David and his quest to get home to the family he loves.