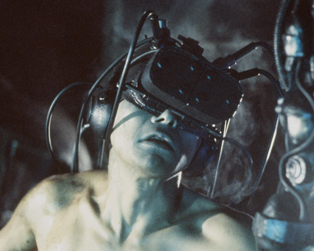 Tomoo (Tomorô Taguchi), a straight-laced Japanese salaryman, goes ballistic – literally – when his son is kidnapped by skinhead cyborgs, his impotent rage and despair causing his body to metamorphose into a machine-human hybrid with gun turret arms and exhaust pipe ribs. The slender plot, such as it is, is a transparent excuse for director Tsukamoto to revisit the premise of Tetsuo: The Iron Man, his black and white cult classic from 1989, but this time with a bigger budget, better special effects and colour photography. Essentially a remake of the earlier film, Body Hammer fuses its heavy-metal, cyber-surrealist aesthetic with body-horror imagery redolent of David Cronenberg at his most visually inventive. The grungy, fetid atmosphere, retina-searing visuals and strong fetishist, sadomasochistic undercurrents make for a nightmarish yet intoxicating head-trip.