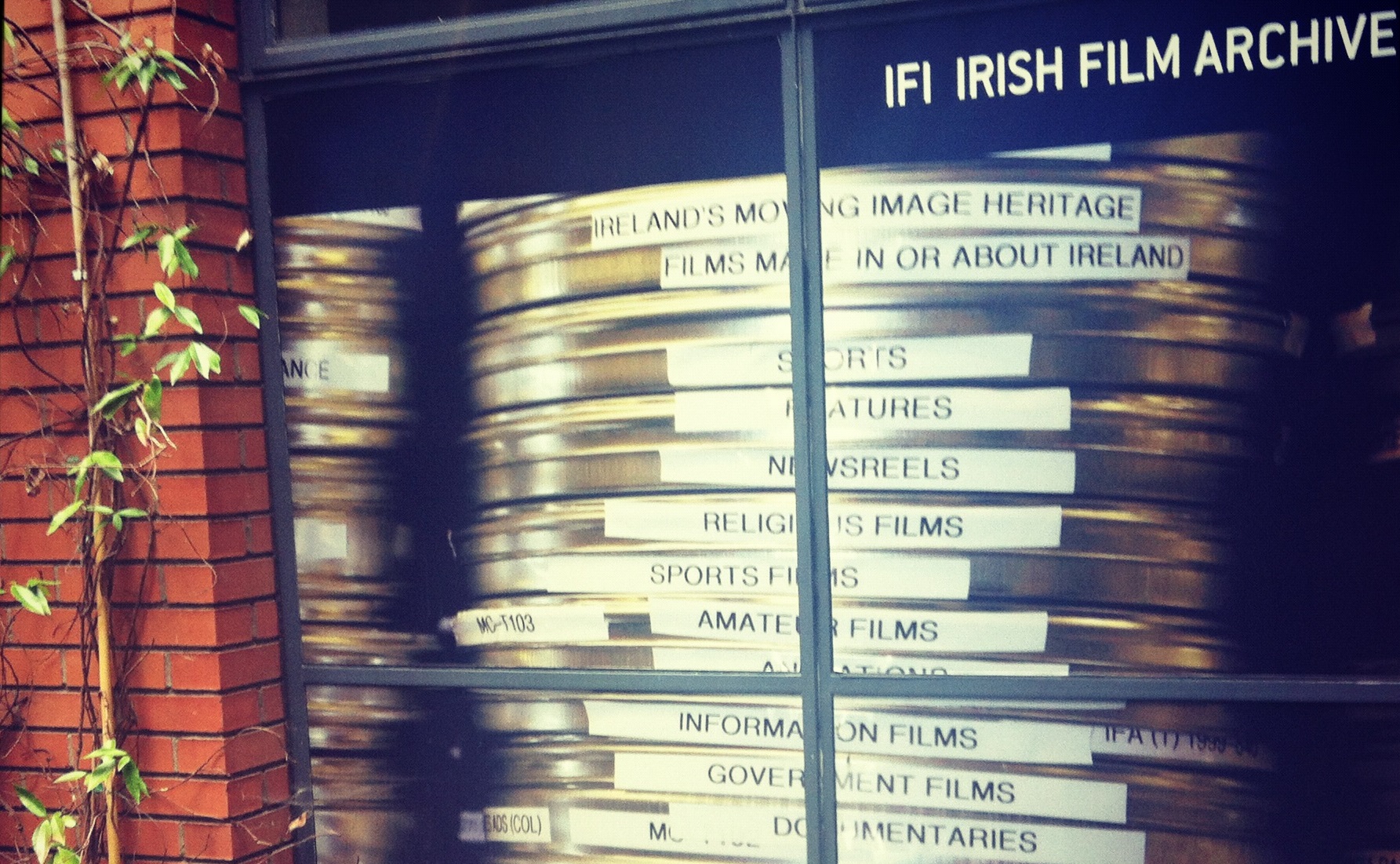 The Archive collection is a unique cultural and historical resource reflecting indigenous film production from 1897 to the present day. The changing landscape of the Irish nation has been captured alongside changing attitudes, customs and social conditions. Amateur films, newsreels, sporting and local social events are preserved alongside feature films and documentaries from such luminaries as Neil Jordan and Jim Sheridan. The most important social, political and historical events of the last century are represented, enriching our understanding of this period and enabling us to connect with our past.

The material safe-guarded by the Archive is a vivid and tangible document of Ireland’s past and present and chronicles the development of modern Ireland at a time of unprecedented change.

Foundation and development of the organization and the collection
The National Film Institute was established in the early 1940s under the direction of the Roman Catholic Archbishop for Dublin, John Charles McQuaid. McQuaid felt it was important that the Church was actively involved in the production and distribution of film, thus ensuring the morality of the nation was protected. His main point of reference was The Vigilianti Cura (1936) issued by Pope Pius XI, which stressed the importance of the Catholic Church’s involvement in all aspects of motion pictures.

Throughout the 1940s and 1950s, the IFI produced public information and safety films, and until the 1980s it also operated as a distributing library, supplying IFI produced material and other educational films to community organisations and schools around the country. Although the Film Institute was founded in the mid-1940s, and calls for the establishment of a national film archive had been made by influential Irish practitioners such as Liam O‘Leary and George Morrison for decades, it was not until 1986 that the first move towards achieving this aim occurred with the establishment of the IFI archive section.

Irish interest material was isolated from the distributing library, which has now ceased to operate, and this became the core of the collection. This core collection has developed over the last three decades into a comprehensive resource for researchers. The IFI Irish Film Archive proper was established in 1992 when the purpose built climate controlled building in Temple Bar was opened.

Since then the IFI Archive has carried out a mission to acquire, preserve and make available Ireland’s moving image heritage and related material on behalf of the public, and have built up a collection of approximately 30,000 cans of film, and 15,000 broadcast tapes made in or about Ireland, or by Irish people abroad.

SUPPORT THE IFI ARCHIVE
If you wish to support the fantastic work of our archive team to digitise the Archive collection and preserve Irish film heritage, we invite you to make a donation HERE.