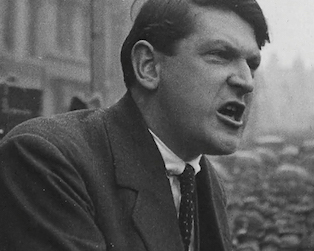 As Ireland’s national cultural institution for film, the IFI works with partners throughout Ireland to provide audiences with access to the IFI’s programmes and resources.

Since 2014, The Irish Film Institute has been bringing films from the collections of the IFI Irish Film Archive back to the counties in which they were made. Local Films for Local People (LFLP) is an exciting and varied programme of films presented in collaboration with a range of cultural partners across 14 counties, and 22 venues to date. Throughout the year, programmes of local interest are presented in cinemas and arts centres around the country, providing an accessible route to film heritage for a broad range of audiences. The programmes include both professional and amateur films documenting domestic life, school days, agriculture, industry, sport, music, and much more. Some of the programmes, which date from the earliest days of cinema to recent times, include cine-concerts featuring silent films accompanied by local musicians.

Now in its seventh year, Local Films for Local People provides an accessible route for a broad range of audiences to their county’s film heritage which is preserved in the IFI Irish Film Archive.

The 2020 Local Films for Local People programme of events has been postponed due to Covid-19.