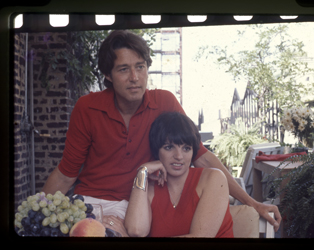 The life of legendary fashion designer Roy Halston Frowick, the man who belatedly put American couture on the map in the 1970s, is vividly brought to life by Frédéric Tcheng (Dior and I), who weaves choice archival footage with interviews with Halston’s family, friends and collaborators, telling his compelling story with great care, insight and attention to detail. The viewer is taken behind the headlines and into the thrilling struggle between Halston’s artistic legacy and the pressures of dealing with an expanding empire.

At his zenith, Halston led a famously fast-paced social life, and the documentary is replete with contributions from old friends including Liza Minnelli and Joel Schumacher, though the juicy gossip is at all times underpinned by the impressive scope of Tcheng’s research and his genuine appreciation of Halston’s brilliance as a designer.