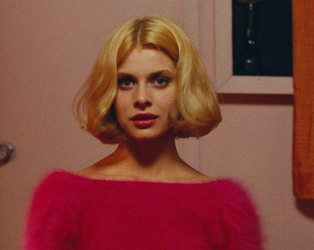 The screening included a video introduction by actor and director Hugh O’Conor.

Beginning his career as part of the New German Cinema movement of the 1970s, director Wim Wenders had a certain fascination with America, something given full expression in the Palme d’Or-winning Paris, Texas.

The film begins with Travis Henderson (the late, great Harry Dean Stanton) emerging from the desert. Retrieved by his brother (Dean Stockwell), he is reunited with the son he had abandoned four years earlier. He takes the boy in search of his mother, Travis’s estranged wife Jane (Nastassja Kinski). As the film progresses, playwright Sam Shepard’s script carefully and beautifully reveals the sadness motivating Travis, and the details of how this family fell apart so completely, all to the strains of Ry Cooder’s much-loved score.