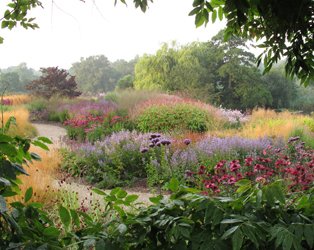 This film was released on Friday 21st June 2019 and is no longer screening.

FEAST YOUR EYES – Enjoy a specially created main course in the IFI Café Bar following the 18.45 screening on Wednesday 26th. Click for tickets.

Taking place over five seasons, Thomas Piper’s documentary about Dutch garden designer Piet Oudolf brings us into the mind and creative process of this influential figure as he explores some of his most well regarded public work, his own gardens in Hummelo, and a new garden he is currently installing in south-west England.

A leader of the New Perennial Movement, Oudolf’s naturalistic planting style, featuring swathes of perennials and grasses, is instantly recognisable in the gardens he has designed throughout Europe and beyond, including the Lurie Garden in Chicago and the High Line in New York. Immersed in these gardens, the film moves gently through changes in the weather and the seasons, as Oudolf shares his views on planting, beauty and life.