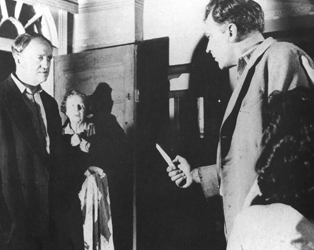 This screening was  introduced by Ultan Macken, son of Walter Macken.

When Paddo O’Reilly (Walter Macken) is released from prison after a five year sentence for killing the father of his son’s girlfriend, he attempts to re-establish his role as head of the household and runs into conflict with his wife Daylia (Eileen Crowe), his daughter Josie (Joan O’Hara) and his assertive son Willie (US actor Arthur Kennedy).