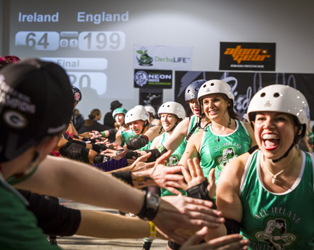 JUNE AT THE IFI – SEASONS, SPECIAL EVENTS AND MORE

June is here, and with it comes a host of new events and Q&As every week at the IFI. We’re delighted to be celebrating the work of one of the most versatile actors around with our Dustin Hoffman Retrospective (June 10th to 25th). We’re also welcoming special guest Rory O’Neill, aka Panti Bliss, to introduce our Bigger Picture film The Prime of Miss Jean Brodie starring the inspirational Maggie Smith on June 27th.

Read on for details of our events, new releases and a whole lot more!

From June 2nd: After the Storm, Daughters of the Dust, My Life as a Courgette
From June 9th: Berlin Syndrome, Destiny, My Cousin Rachel
From June 16th: By the Time it Gets Dark, Cardboard Gangsters, Whitney: Can I Be Me?
From June 23rd: From the Land of the Moon, The Graduate
From June 30th: Kedi, A Man Called Ove, Revolutions

6TH TUES – 14.00 | MY LIFE AS A COURGETTE OC SCREENING
A charming stop-motion animated film, a Swiss-French co-production, about a young boy who is forced to go to an orphanage after a family tragedy. With Open Caption subtitles for the hearing impaired.

6th TUES – 21.30 | IFI CAFÉ BAR PUB QUIZ (FREE EVENT)
Our monthly Café Bar quiz – it’s totally free to enter and you just need a team of four, or less if you’re feeling brave! Come on over and give the questions a go.

7th WED – 13.00 | TRAVELLER PRIDE DAY
Co-curated by IFI and Minceirs Whiden, Ireland’s only all-Traveller forum, this presentation includes screenings and discussions of Traveller-related films from the 1940s to the present day. This is a free event but tickets must be secured in person at the box office or on 01-6793477.

7TH WED – 18.30 | MY LIFE AS A COURGETTE OC SCREENING
A charming stop-motion animated film, a Swiss-French co-production, about a young boy who is forced to go to an orphanage after a family tragedy. With Open Caption subtitles for the hearing impaired.

10TH SAT – 20.40 | DUSTIN HOFFMAN RETROSPECTIVE: MIDNIGHT COWBOY
Famously the only X-rated film to win the Oscar for Best Picture, Hoffman plays ‘Ratso’, a small-time New York conman who falls in with Texan Joe Buck (Jon Voight). And things just get more interesting from there in this award-winning hit.

11th SUN – 15.30 | MYSTERY MATINEE
Our Mystery Matinee returns – presenting a film that’s a total surprise. It could come from any time in the more 100 year history of cinema, we only ask that you step into the dark with us and take a chance. New ticket price of just €5!

11TH SUN – 18.15 | PREVIEW: WHITNEY: CAN I BE ME + SATELLITE Q&A
British Nick Broomfield filmmaker documents the tragic rise and fall of the gifted New Jersey singer through choice archive footage and to-camera interviews, including insight into her gospel singing mother, Cissy; her personal assistant Robyn Crawford and bad-boy rapper Bobby Brown. Screening followed by Q&A with Broomfield and a performance by The Voice’s Michelle John.

12TH MON – 18.30 | MY COUSIN RACHEL OC SCREENING
In this absorbing new adaptation of Daphne du Maurier’s 1951 novel, Rachel Weisz takes on the eponymous role opposite Sam Claflin as Philip. His older cousin Ambrose travels to Italy where he falls for Weisz… With Open Caption subtitles for the hearing impaired.

15TH THURS – 18.30 | DUSTIN HOFFMAN RETROSPECTIVE: LENNY
In Bob Fosse’s biopic of real-life comedian Lenny Bruce, Hoffman is electrifying as the performer and convincing as the man who becomes increasingly unravelled and bitter at his persecution, in the process earning his third Oscar nomination.

16TH FRI – 18.30 | FROM THE VAULTS: NORA
Director Pat Murphy (who will introduce the film) reclaims an important Irish woman from relative obscurity as she tells the tale of Nora (Susan Lynch), a spirited young housemaid from Galway, and her relationship with raffish young writer, James Joyce (Ewan MacGregor).

17TH SAT – 13.00 | IFI & aemi PROJECTIONS: PEGGY AHWESH & JULIE MURREY
This programme examines the distinct and overlapping interests of two acclaimed filmmakers – Peggy Ahwesh and Julie Murrey – both of whom will be in attendance for the screenings and in attendance for a Q&A at the Temple Bar Gallery + Studios.

18TH SUN – 14.00 | DUSTIN HOFFMAN RETROSPECTIVE: PAPILLON
One of the great prison films, with a brilliant lead performance by Steve McQueen as real-life convict Henri Charrière while Hoffman provides the heart of the picture as gentle soul Louis Dega.

19TH MON – 18.20 | IFI FILM CLUB: WHITNEY: CAN I BE ME?
A new documentary from Nick Broomfield about the life and untimely death of artist Whitney Houston. Come join the IFI Programming team for an informal chat about the film on the 19th of June 2017.

20TH TUES – 18.30 | IRISH FOCUS: SMOLT + Q&A
A film about two 12 year old Dublin kids who end up in the middle of a strange saga involving counterfeit football jerseys, Michael Higgins’ crafts a verité feature with real energy and skill. And the director will be on hand to introduce this film in the Irish Focus strand.

21ST WED – 16.00 | MY COUSIN RACHEL OC SCREENING
In this absorbing new adaptation of Daphne du Maurier’s 1951 novel, Rachel Weisz takes on the eponymous role opposite Sam Claflin as Philip. His older cousin Ambrose travels to Italy where he falls for Weisz… With Open Caption subtitles for the hearing impaired.

21ST WED – 18.30 | FEAST YOUR EYES: MY COUSIN RACHEL
The dark and mysterious new drama starring Rachel Weisz will be paired with a special menu that evokes the feel of the film, all for just €20. The menu will be confirmed in June.

22ND THURS – 18.20 | DUSTIN HOFFMAN RETROSPECTIVE: ALL THE PRESIDENT’S MEN
Hoffman is paired with Robert Redford in one of the defining films of the 1970’s. The duo play Bernstein and Woodward, the journalists who broke the story that brought Watergate to the world. Directed by Alan J. Pakula, this classic has to be seen on the big screen.

23RD FRI – 20.40 | DUSTIN HOFFMAN RETROSPECTIVE: STRAIGHT TIME
Hoffman plays Max Dembo, an ex-con trying to make good who gets drawn back into the world of crime, amid a cast including Gary Busey, Harry Dean Stanton and M. Emmet Walsh. Rarely screened and we’re delighted to be able to show Ulu Grosbard’s films on 35mm.

24TH SAT – 18.00 | DUSTIN HOFFMAN RETROSPECTIVE: TOOTSIE
A hugely memorable role for Hoffman where he invents the character of Dorothy Michaels and has to convince the world he’s a woman, or lose the gig of a lifetime. The film remains an absolute pleasure, the perfect balance of humour and heart, featuring a wonderful comic turn from Hoffman.

25TH SUN – 11.00 | IFI FAMILY: TREASURE ISLAND
As the first live action film from Walt Disney, the studio went all out to create a swashbuckling, rip-roaring adventure on the high seas with unforgettable characters, in particular Long John Silver and his shoulder-balancing parrot, Captain Flint.

25TH SUN – 16.00 | DUSTIN HOFFMAN RETROSPECTIVE: KRAMER VS. KRAMER
Hoffman received his first Oscar win for the role of Ted Kramer, a workaholic who is forced to adjust and take care of his young son, Billy, when he is left by his wife Joanna (Meryl Streep). When she returns, a legal battle commences which remains utterly compelling, emotional and heart-breaking.

25TH SUN – 18.10 | DUSTIN HOFFMAN RETROSPECTIVE: RAIN MAN
Rain Man saw Dustin Hoffman win his second Oscar for his portrayal of the autistic savant Raymond Babbitt – the brother of Tom Cruise’s slick and cynical Charles. A near-perfect mix of drama and comedy, the film really tugs at the heartstrings as the relationship between the pair develops.

27TH TUES – 18.30 | THE BIGGER PICTURE: THE PRIME OF MISS JEAN BRODIE
Dame Maggie Smith picked up second Oscar nomination and her first of two wins for this impressive 1969 drama about a teacher who defies convention to mould her chosen youngsters in her own image. An utterly compelling character, and this screening will be introduced by Rory O’Neill (aka Panti Bliss) who will talk about how Maggie Smith’s Brodie inspired his own creation.

28TH WED – 11.00 | WILD STRAWBERRIES: LA LA LAND
Fresh from multiple Oscar wins, including gongs for lead Emma Stone and director Damien Chazelle, La La Land is already one of the most talked about films of 2017. And we’re delighted to be bringing it back for another engagement as part of our Wild Strawberries strand – movies for the over 55s.

28th WED – 18.15 | IFI FRENCH FILM CLUB: FROM THE LAND OF THE MOON
Nicole Garcia adapts Milena Agus’s novella with another star turn for Marion Cotillard as Gabrielle, a rebellious spirit in post-WWII France. She refuses to marry until her family forces her into an arrangement that is designed to keep everyone happy, but Gabrielle herself. Presented in association with Alliance Francaise, including discounted tickets for members.

30TH FRI – 11.00 | WILD STRAWBERRIES: LA LA LAND
Fresh from multiple Oscar wins, including gongs for lead Emma Stone and director Damien Chazelle, La La Land is already one of the most talked about films of 2017. And we’re delighted to be bringing it back for another engagement as part of our Wild Strawberries strand – movies for the over 55s.

30TH FRI – 18.15 | REVOLUTIONS + Q&A
Get acquainted with the little-known world of women’s roller derby in this charming Irish documentary from Laura McGann. She followed several teams for more than four years, including following the first Irish group to attend the World Cup in 2011. Join us for a Q&A after this screening.

1ST SAT (JULY) – 11.00 & 14.30 | DUBLIN PLAYS ITSELF 2017
The Irish Architecture Foundation (IAF) and the IFI take to the streets again with two walking tours exploring Dublin’s architecture. The city is experienced at first hand, and also through a range of films from the IFI Irish Film Archive which are screened at stop-off points in the IFI, Temple Bar, in the IAF on Bachelor’s Walk, and finally at the new premises of Poetry Ireland on Parnell Square. Book quickly as these tours will fill up fast!