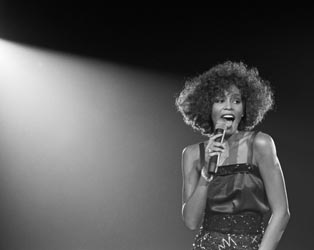 British filmmaker Nick Broomfield has popularised a particular strain of investigative journalism, shining light into the murkier corners of celebrated lives in films such as Kurt & Courtney (1998), Biggie and Tupac (2002) and Aileen: Life and Death of Serial Killer (2003); in Whitney: Can I Be Me he takes his cue from Asif Kapadia’s Amy (2014) in documenting the tragic rise and fall of the gifted New Jersey singer through choice archive footage and to-camera interviews. Broomfield structures the film around three key relationships in Huston’s life: the controlling figure of her gospel singing mother, Cissy; her close bond with personal assistant Robyn Crawford, which was widely rumoured to be more than a friendship, and the toxic, drug-fuelled marriage to bad-boy rapper Bobby Brown.

This screening will feature a live satellite Q&A with director Nick Broomfield from the opening night of Sheffield Doc/Fest, and a performance from former ‘The Voice’ contestant Michelle John.