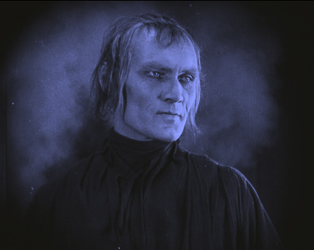 This extremely rare opportunity to see one of the early works of German master Fritz Lang on the big screen, long withdrawn from circulation, is to be welcomed, particularly in this new digital restoration.

Lang’s fantasy film, a hugely influential work of German Expressionism, begins with a young couple on a carriage journey picking up a hitchhiker. Unbeknownst to them, their passenger is Death, who claims the young man for himself on their arrival into town.

When she pleads for his return, Death bargains with her that if she can reverse the course of destiny and save the life of one of the lovers in three exotic tales, set in Persia, Venice, and China, she may have her wish. When she ultimately fails in the task, she seeks another way to persuade Death to return her lover.