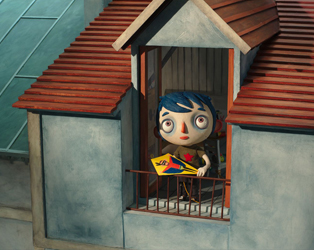 This tender Oscar-nominated animation defies pre-conceived notions of what to expect from a film for young audiences. First-time director Claude Barras uses a Tim Burton stop-motion style to create big-eyed, fragile beings, thrown together in a hostile world.

Nine-year-old Icare, nicknamed Courgette, arrives with a beer can souvenir of his late, alcoholic mother at a foster home, a place full of rejected kids, each fighting for survival among the cast of bullies, loners and misfits.

The combination of respectful characterisation and distinctive style is hugely affecting, yielding a film of youthful angst with a complete difference.