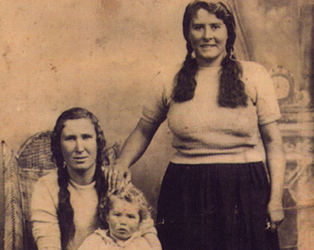 Tickets for this free event should be booked in advance in person or over the phone with the IFI Box Office on 01-6793477.

Co-curated by IFI and Minceirs Whiden, Ireland’s only all-Traveller forum, this presentation includes screenings and discussions of Traveller-related films from the 1940s to the present day.