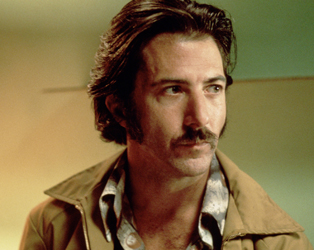 Straight Time, based on a novel by Edward Bunker (Reservoir Dogs’ Mr. Blue) was originally Dustin Hoffman’s directorial debut before he decided to opt out of the role when shooting was underway (he would not return to directing until 2012’s Quartet). He plays Max Dembo, an ex-con whose attempts to make it in the outside world, including a budding romance with waitress Jenny (Theresa Russell), are confounded by the bullying and malicious behaviour of his parole officer, Earl (M. Emmet Walsh). Frustrated, Max returns to a life of crime with associates Willy (Gary Busey) and Jerry (Harry Dean Stanton), with predictably tragic consequences.