Lenny Bruce was a stand-up comedian whose focus on social satire made him the forerunner of greats such as George Carlin and Bill Hicks. Like Hicks, he has long been lionised for his caustic tone and fearlessness in tackling taboo subject matter. However, unlike Hicks, Bruce was dogged by legal issues throughout his career, frequently prosecuted for obscenity, dying of a drug overdose while appealing a jail sentence. In Bob Fosse’s biopic, Hoffman is electrifying as Bruce the performer, and convincing as the man who becomes increasingly unravelled and bitter at his persecution, in the process earning his third Oscar nomination. 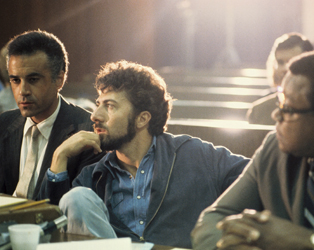