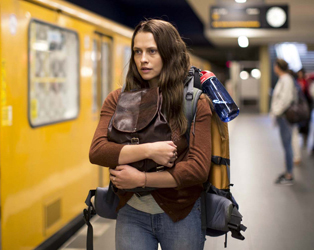 Australian tourist Clare (Teresa Palmer) arrives in Berlin to photograph East German GDR architecture. Whilst there, she meets Andi (Max Riemelt), a handsome, if moody, schoolteacher and they hit it off immediately. He shows her his neighbourhood, the allotment where he grows strawberries, and eventually his apartment where their flirtations become physical.

The next morning she awakes to find Andi has left for school, and has locked the apartment. At first she assumes it’s a mistake but, on discovering that he has also removed the SIM card from her phone, she realises she has become his prisoner.