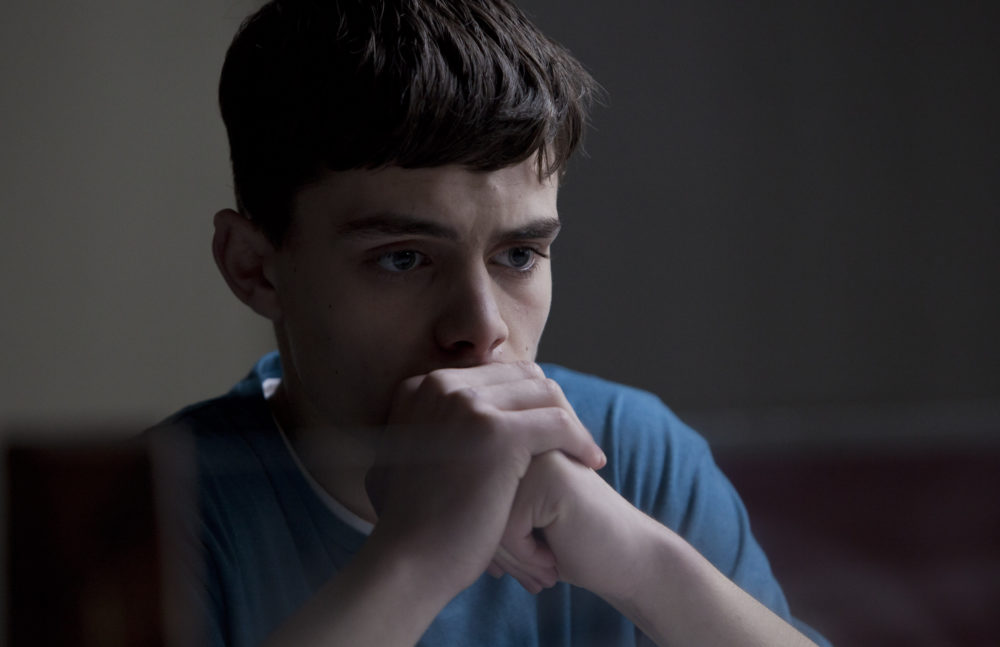 A new month is here, and we’ve got some real treats in store for April 2018!

5TH THURS – 16.00 | EAST ASIAN FILM FESTIVAL IRELAND: LET THE WIND CARRY ME
This portrait of celebrated cinematographer Mark Lee Ping-Bing follows Mark Lee over a three-year period on set, offering us fascinating insights into his work and revealing discussions about his artistic vision and the collaborative process.

5TH THURS – 18.00 | EAST ASIAN FILM FESTIVAL IRELAND: IN THE MOOD FOR LOVE + Q&A
A masterwork of cinematic atmosphere, Wong Kar-Wai’s In the Mood for Love is set in 1962 and depicts the intersecting lives of Chow Mo-Wan (Tony Leung) and Su Li-Zhen (Maggie Cheung). Includes Q&A with cinematographer Mark Lee Ping-Bing.

6TH FRI – 18.00 | EAST ASIAN FILM FESTIVAL IRELAND: SPRINGTIME IN A SMALL TOWN
A remake of Fei Mu’s 1948 classic (widely considered as the greatest Chinese film ever made), Tian Zhuangzhuang’s Springtime in a Small Town is an intimate account of a love triangle. Includes Q&A with cinematographer Mark Lee Ping-Bing.

6TH FRI – 18.20 | MICHAEL INSIDE + Q&A
Dafhyd Flynn, Moe Dunford and Lalor Roddy star in Michael Inside, which tells the story of Michael McCrea, an impressionable 18-year-old living with his grandfather Francis in a Dublin housing estate, who gets caught holding a bag of drugs for his friend’s older brother and is sentenced to three months in prison. Includes Q&A with director Frank Berry and stars Dafhyd Flynn and Moe Dunford.

6TH FRI – 20.15 | IFI FRENCH FILM CLUB: 120 BPM
Set in the ‘90s at the height of France’s AIDS epidemic, Robin Campilo’s (Eastern Boys, 2014) urgent film draws directly from his own experiences as a member of Act Up, the grassroots activist group.

7TH SAT – 12.00 | EAST ASIAN FILM FESTIVAL IRELAND: MASTERCLASS WITH MARK LEE PING-BING
This masterclass will discuss the work of the great cinematographer Mark Lee Ping-Bing, an innovator of filming in natural and low-light conditions. In a career that spans over three decades, the masterclass will explore the main functions of the cinematographer and how this role is at the centre of the collaborative process with film directors. Moderated by cinematographer Tim Fleming

7TH SAT – 14.20 | EAST ASIAN FILM FESTIVAL IRELAND: HUMAN FLOW
Capturing the immense scale of displacement caused by war, climate change and famine, this documentary gives powerful visual expression to humanity of refugees caught up in the largest human displacement since World War II. In a celebration of dignity of life, the film offers hope for humanity but with a warning that much needs to be done. The screening will be introduced by Dr David Robbins, DCU School of Communications.

7TH SAT – 17.15 | EAST ASIAN FILM FESTIVAL IRELAND: THREE TIMES + Q&A
Made twenty years after Mark Lee Ping-Bing’s first collaboration with Hou Hsiao-Hsien on A Time to Live, a Time to Die, Three Times is an astoundingly beautiful film. A trilogy of love stories with only two actors, Chang Chen and Shu Qi, each is an exquisite portrayal of Taiwanese lovers in three distinct time periods. Includes a Q&A with cinematographer Mark Lee Ping-Bing.

7TH SAT – 20.00 | IFI & ACT UP DUBLIN: 120 BPM
Set in the ‘90s at the height of France’s AIDS epidemic, Robin Campilo’s (Eastern Boys, 2014) urgent film draws directly from his own experiences as a member of Act Up, the grassroots activist group. Includes followed by drinks and music at the IFI and a post-screening event at Mother Dublin.

7TH SAT – 20.15 | EAST ASIAN FILM FESTIVAL IRELAND: THE GREAT BUDDHA+
Pickle works as a night security guard at the factory while during the day he plays in a band at funerals eking out a meager living. His best friend Belly Button works as a trash collector. They meet at night in the security room for late night snacks, chats and to watch TV, until one day the TV set breaks. Dark-humoured, witty and eccentric, this is bleak social satire.

8TH SUN – 11.00 | IFI FAMILY: MONSTER HUNT 2
Wuba is a pudgy, adorable CGI creature, born of human parents, with a growling voice and an infectious giggle. Having sent him off to the monster world to be with his own kind, his parents decide to bring him back. Wuba, however, is on the run from the evil monster king. Tickets: €4.80 per person, €14.40 family ticket (2 adults + 2 children, 1 adult + 3 children).

8TH SUN – 15.20 | EAST ASIAN FILM FESTIVAL IRELAND: ON THE BEACH AT NIGHT ALONE
Considered one of the most established auteurs in Korean cinema, director Hong Sang-Soo’s On the Beach at Night Alone is another meditation on life and love, and one which might be seen as a confessional, following media frenzy in 2016 when he and actress Kim Min-Hee admitted having an affair.

8TH SUN – 17.30 | EAST ASIAN FILM FESTIVAL IRELAND: SEVENTY-SEVEN DAYS + Q&A
The first Chinese-language ‘extreme adventure film’, the début feature by actor-director Zhao Hantang is a gripping desert-trek drama, a spiritual odyssey, in which physical and spiritual endurance are tested in the majestic beauty of the Tibetan landscape. The screening will be followed by a Q&A with cinematographer Mark Lee Ping-Bing.

8TH SUN – 20.20 | EAST ASIAN FILM FESTIVAL IRELAND: RAMEN SHOP
The latest film from Singapore’s award-winning director Eric Khoo is a family saga with good food! Popular actor-director Takumi Saito perfectly captures the natural warmth and emotional depth of young Ramen noodle chef Masato. Following the sudden death of his father, Masato leaves his hometown in Japan to embark on a journey to Singapore in search of food recipes, but also on a quest to uncover his mother’s roots.

13TH FRI – 18.30 | MAKING THE GRADE + Q&A
Over 30,000 students prepare for piano exams each year in Ireland. In this delightfully quirky and uplifting documentary, we are invited into the world of the piano lesson. The film examines the special bond between piano teachers and their pupils, shares in the students’ struggles, and marvels at their teachers’ dedication. Includes a Q&A with director Ken Wardrop.

15TH SUN – 16.40 | SERGIO LEONE: A FISTFUL OF DOLLARS
The film which brought both Sergio Leone and Clint Eastwood to international fame, as well as kick-starting the widespread popularity of Spaghetti Westerns, A Fistful of Dollars is here presented in a new 4K digital restoration.

22ND SUN – 13.00 | MYSTERY MATINEE APRIL 2018
Our Mystery Matinee returns – it could be any film from the entire history of cinema and you can find out for just €5 a ticket.

22ND SUN – 15.00 | SERGIO LEONE TRILOGY: FOR A FEW DOLLARS MORE
Sometimes overlooked in favour of the films that preceded and succeeded it, the film out-grossed the first and is not without its champions, including film historian and Eastwood biographer Richard Schickel, who argues that this is in fact the best film of the trilogy.

23RD MON – 18.30 | THE BIGGER PICTURE: THE TASTE OF HONEY
Tony Richardson’s adaptation of Shelagh Delaney’s 1958 play was a significant entry into what became known as the British New Wave of cinema that emerged in the late 1950s and early 1960s. The screening will be introduced by artist and ACT UP Dublin activist Will St Leger.

24TH TUES – 18.30 | ONE CITY ONE BOOK: THE TEAR AND THE SMILE
Elizabeth Bowen is credited with writing this controversial US TV documentary which introduced audiences to contemporary Ireland. It featured an array of leading political and literary figures and sometimes harsh scenes of rural and urban hardship. The film stands as a valuable, critical reflection by Bowen and others on an economically and politically challenged society.

25TH WED – 11.00 | WILD STRAWBERRIES: AFTER THE STORM
One of Japan’s finest contemporary filmmakers, Kore-eda’s quiet depictions of family life draw you in gently to reveal their dark corners, in a contemplative and honest fashion. In this drama, written by the director, his protagonist, Ryôta, is a failed writer and gambler who decides to pull his life together, following his father’s death.

25TH WED – 18.30 | IRISH FOCUS: ANIMAL KINGDOM
Experimental filmmaker Dean Kavanagh’s latest work is a genre-defying exploration of the cinematic apparatus. The film concerns a character (played with corporeal intensity by Cillian Roche) who happens upon a group undergoing bestial metamorphosis. Narrative is not at the forefront of what is essentially a sensory onslaught, a complex and thrilling film that is sonically and visually stunning with disturbing performances from Roche, Anja Mahler and John Curran. The screening will be followed by a Q&A with director Dean Kavanagh.

27TH FRI – 10.20 | IFI SPOTLIGHT 2018
IFI Spotlight, now in its 6th year, will again present a series of panels and contributions exploring the world of Irish film and television in all its guises. We invite filmmakers, critics, academics and audiences to join us in reviewing the Irish film and television output of the last 12 months, and look at important topics facing the industry.

27TH FRI – 11.00 | WILD STRAWBERRIES: AFTER THE STORM
One of Japan’s finest contemporary filmmakers, Kore-eda’s quiet depictions of family life draw you in gently to reveal their dark corners, in a contemplative and honest fashion. In this drama, written by the director, his protagonist, Ryôta, is a failed writer and gambler who decides to pull his life together, following his father’s death.

28TH SAT – 13.00 | JAMES WHALE RETROSPECTIVE: FRANKENSTEIN + BRIDE OF FRANKENSTEIN
This double bill represents a number of peaks: of Whale’s artistry; of the classic Universal ‘monster’ movies; and in depictions of Frankenstein’s monster, as brought to sympathetic life by Boris Karloff in arguably his most iconic role, both films contain indelible imagery that has become immediately identifiable in popular culture. Introduced by The Irish Times film critic Donald Clarke.

28TH SAT – 18.30 | HERE TO BE HEARD: THE STORY OF THE SLITS
The classic line-up of Ari Up (John Lydon’s step-daughter), Palmolive, Tessa Pollitt, and Viv Albertine (whose memoirs make for hugely entertaining reading) released debut album Cut in 1979, one of the period’s defining albums. William E. Badgley’s documentary follows the band from its inception to an end precipitated by the untimely death of Ari Up in 2010.

29TH SUN – 15.15 | SERGIO LEONE: THE GOOD, THE BAD AND THE UGLY
A massive success at the box office on its release that has since become one of the most undeniably popular and influential Westerns ever made, the final entry in the Dollars trilogy once again stars Eastwood (Blondie) and Van Cleef (Angel Eyes), here joined by Eli Wallach (Tuco). Angel Eyes is a cold-blooded mercenary in search of a stash of Confederate gold, while Blondie and Tuco are a bounty hunter and bandit who often team up in order to split the bounty on the latter.