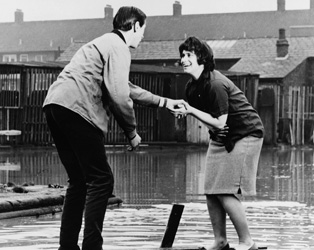 The screening will be introduced by artist and ACT UP Dublin activist Will St Leger.

Tony Richardson’s adaptation of Shelagh Delaney’s 1958 play was a significant entry into what became known as the British New Wave of cinema that emerged in the late 1950s and early 1960s.