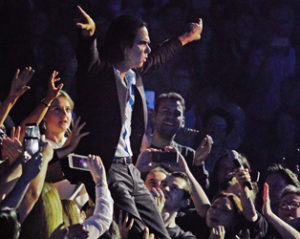 THIS EVENT IS SOLD OUT.

After the success of One More Time with Feeling, we’re proud to bring you Distant Sky – Nick Cave & The Bad Seeds: Live in Copenhagen.

In 2017 Nick Cave & The Bad Seeds returned to the road for an acclaimed tour, starting in Australia before tearing across the USA and the rest of the World with some of the best reviews of a decorated career.