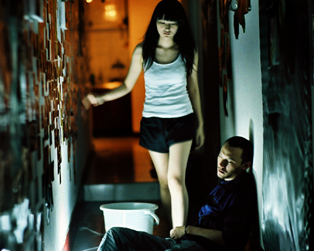 Made twenty years after Mark Lee Ping-Bing’s first collaboration with Hou Hsiao-Hsien on A Time to Live, a Time to Die, Three Times is an astoundingly beautiful film. A trilogy of love stories with only two actors, Chang Chen and Shu Qi, each is an exquisite portrayal of Taiwanese lovers in three distinct time periods, with three distinct stories: A Time for Love set in 1966, A Time for Freedom set in 1911, and A Time for Youth, set in Taipei in 2005. The three films connect seamlessly, each part working in contrast to the last, yet collectively forming a kind of meditation. Each story’s unique colours, languorous tempo and long fluid takes put us in a dream-state.