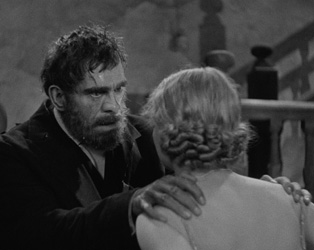 This film was released 27th April 2018, and is no longer screening.

Probably the least known of James Whale’s classic horror quartet of the 1930s, now fully digitally restored and making a rare and welcome reappearance on the big screen.

On a stormy night in the Welsh countryside, an assortment of travellers (including a young Gloria Stuart of Titanic fame, and Charles Laughton in his first Hollywood role) seek refuge in a house occupied by a brother and sister and their menacing butler (Boris Karloff). Over the course of the night, family secrets are revealed that ultimately place everyone’s life in danger.