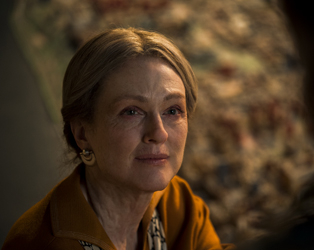 Minnesota, 1977. Twelve-year-old Ben is on a quest to locate his absent father whose identity has been withheld. Ben is grieving for his mother, and has recently lost his hearing in a freak lightning accident. A parallel tale set in the 1930s is all about Rose a girl who is similarly deaf and in search of a parent.

Haynes weaves an ornate tapestry indulging in numerous delightful digressions (including stop-motion sequences) before he allows his disparate narratives to intersect.