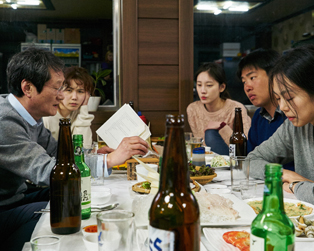 Considered one of the most established auteurs in Korean cinema, director Hong Sang-Soo’s On the Beach at Night Alone is another meditation on life and love, and one which might be seen as a confessional, following media frenzy in 2016 when he and actress Kim Min-Hee admitted having an affair. The film is split into two parts, initally focusing on actress Younghee as she flees Korea, and her romantic affair with a married film director, for Hamburg where she stays with a friend. The second part sees her return to the seaside city of Gangneung, Korea, where she meets up with friends, share drinks and confesses her emotions. An elegantly and raw character study told with measured pace, Kim Min-Hee delivers a striking melancholic and ethereal performance.