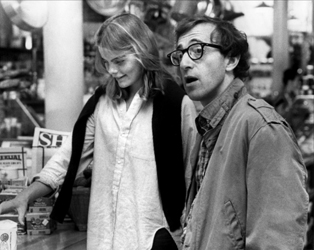 MAY AT THE IFI – SEASONS, Q&As AND SPECIAL EVENTS

Welcome to a new month at the IFI! Read on for a list of all our special events, seasons and Q&A’s, updated throughout May. You’ll also be able to find links to all of our new releases and special seasons and events including the Chinese Language Film Festival and As Above, So Below with IMMA on one handy page.

See you at the cinema!

From May 5th: Citizen Jane: Battle for the City, Without Name, Harmonium, The Journey.
From May 12th: Frantz, Manhattan
From May 19: In View, Inversion, La Strada.
From May 26th: I Am Not Madame Bovary, The Other Side of Hope, The Red Turtle.

Wild Strawberries & Bealtaine: Dare to be Wild | Wed 3rd – 11.00
The story of Irish landscape designer Mary Reynolds is turned into a magical movie from first time director Vivienne De Courcy. With an introduction by Mary Reynolds.

Accessible Screening: Lady Macbeth | Wed 3rd – 18.30
Florence Pugh is electrifying in this film, which isn’t based on the works of William Shakespeare but rather adapted from a Russian novel by Nikolai Leskov which was first published in 1865.

Without Name + Q&A | Friday 5th – 18.15
Irish talent Lorcan Finnegan makes the leap to feature films for the first time with this eco-horror about a land surveyor mapping out an ancient forest.

IFI & IMMA: Wings of Desire | Sat 6th – 16.00
Wim Wenders’ mesmerising journey into a tattered Berlin filled with invisible angels, where one of the holy creatures decides to lose his wings and become human once he falls for a trapeze artist. Remade with Nicolas Cage and Meg Ryan as City of Angels!

The Journey + Q&A | Sat 6th – 18.30
See Timothy Spall play Ian Paisley and Colm Meaney play the late Martin McGuinness in this fictional account of how their relationship was born on a long car journey.

Citizen Jane + Panel | Sun 7th – 16.00
The incredible story of Jane Jacobs – a woman who fought back against the powers that be in New York in the 1960s to rescue communities from the invasion of towering, impersonal blocks of apartments.

Irish Focus: Amanda Coogan + Q&A | Tue 9th – 18.30
The film follows Coogan during a grueling six week live durational exhibition; I’ll sing you a song from around the town. This gruelling performance was captured in all its detail by director Paddy Cahill.

IFI & IMMA: The Double Life of Veronique | Wed 10th – 18.30
Starring the then unknown Irène Jacob, the Cannes Jury and Critics prize-winning film follows two identical women who never speak to each other but nevertheless perceive an uncanny, psychic connection.

CLFF: The Assassin + Q&A | Thu 11th – 18.00
Acclaimed filmmaker Hou Hsiao-Hsien’s first foray into the popular wuxia style of filmmaking, this gorgeous period tale is one of murder and power. With a Q&A from  Hou Hsiao-Hsien and Chu Tien-Wen.

CLFF: A Time to Life, A Time to Die + Q&A | Fri 12th – 18.00
Hou’s semi-autobiographical film looks at life and death, charting the story of his family and his own experiences growing up as a child and a teenager in rural Taiwan after they relocate from mainland China.

CLFF: Small Talk | | Fri 12th – 21.15
Taiwanese filmmaker Huang Hui-Chen and her aged mother set off together on a journey into the past in this intimate documentary.

CLFF: The Boys from Fengkuei | Sat 13th – 14.30
Hou’s fourth feature and one of the breakthrough works of the Taiwanese New Wave, follows Ah-Ching and his friends who have just finished school, on their journey away from their island fishing village to the city of Kaohsiung where they face the harsh realities of the big city and of growing up.

CLFF: The Road to Mandalay | Sat 13th – 18.00
A contemplative, visual storytelling of the romance between two illegal Burmese migrants facing hardship and obstacles in the pursuit of happiness in Thailand.

CLFF: A Touch of Zen | Sun 14th – 14.00
Ku, a calligrapher and scholar in a remote village, crosses the path of the fugitive noblewoman Yang. The beginning of a romance follows, leading Ku on an adventure filled with intrigue, spying, spirituality and aerial fights.

Mystery Matinee | Sun 14th – 15.30
The return of our new strand. This film is a total surprise – it might be brand new or from any time in the history of cinema. It might be familiar to audiences or totally strange. Come join us on this mysterious adventure!

CLFF: A City of Sadness| Sun 14th – 17.30
Part 1 of Hou’s trilogy on Taiwanese history chronicles the tale of the Lin brothers during a complex and turbulent period beginning in 1945 with the fall of the Japanese Empire, moving through the establishment of martial law, to the secession of Taiwan from mainland China in 1949.

IFI Film Club: Manhattan | Tue 16th – 18.30
Woody Allen writes, directs and stars in this story of a comedy writer in a relationship with a young women when his head gets turned by Diane Keaton. With luminous black and white photography, experience Manhattan again in this new digital restoration.

Between Land and Sea + Q&A | Tue 16th – 18.30
Ross Whitaker’s acclaimed surfing documentary, showing a year in the life of the coastal village of Lahinch, has toured the country and returns for another engagement at the IFI.

Wild Strawberries & Bealtaine: Blood Fruit | Wed 17th – 11.00
What happens when a low-key protest turns into something much greater can be clearly seen in this documentary about the Dunnes Stores workers who objected to selling South African fruit during the apartheid regime.

IFI French Film Club: Frantz| Wed 17th – 18.15
A haunting elegy set in the aftermath of World War I, Frantz is another successful change of pace for the prolific and versatile François Ozon (Swimming Pool, 8 Women, Potiche). IFI and Alliance Francaise members can avail of a special price of just €7.50 for the screening.

IFI & IMMA: Images | Wed 17th – 18.30
Shot in Wicklow in 1971 with a mostly Irish crew, Robert Altman’s film is one of his most powerful and underrated works. Winner of the Best Actress Award at Cannes for her performance, Susannah York plays Cathryn, a disturbed author whose husband brings her to an isolated cottage after she suffers a traumatic hallucinatory episode in their London home.

Feast Your Eyes: Manhattan | Wed 17th – 18.40
A chance to see arguably Woody Allen’s finest work in a new digital restoration, accompanied by a specially prepared main course in keeping with the style or theme of the movie. All for just €20!

In View + Q&A | Friday 19th – 18.30
In a characterisation that is uncompromisingly dark and, for a female role, unusually violent, Caoilfhionn Dunne presents a portrait of a woman, once respected as a senior figure in a maledominated environment, now spiralling downwards into depression, alcoholism and despair. Director Ciaran Creagh will attend this screening.

DFFF: Wanda + Panel | Sat 20th – 13.30
A rarely screened feminist masterwork, this 1970 feature was the first to be written, directed by and star a woman – Barbara Loden. There will be a panel discussion after the film with Tara Brady (The Irish Times), Karla Healion (Dublin Feminist Film Festival) and Alice Butler (IFI) will consider the role of passivity in Loden’s film as well as its reception both in US and Europe.

The Bigger Picture: The Go-Between | Mon 22nd – 18.30
The setting is 1900; young Leo Colston finds himself carrying messages between Julie Christie’s Marion and a tenant farmer neighbour, Ted Burgess (Alan Bates) with whom she is having an illicit affair.

Irish Focus: Amanda Coogan: Long Now + Sign Language Interpretation | Tue 23rd  – 18.30
The film follows Coogan during a grueling six week live durational exhibition; I’ll sing you a song from around the town. This gruelling performance was captured in all its detail by director Paddy Cahill.

IFI & IMMA: The Holy Mountain | Wed 24th – 18.30
A visionary spiritual quest partially based on René Daumal’s 1952 metaphysical novel ‘Mount Analogue’, Jodorowsky famously used hallucinogens on set and removed as much dialogue from the finished film as possible to allow the spellbinding, psychedelic imagery to speak for itself.

Wild Strawberries & Bealtaine: The Angels’ Share | Fri 26th – 11.00
The Angels’ Share sees ex-con Robbie convince others in the Glasgow community service programme to join him in a whiskey scam. Affectionate, filled with humour (and some strong language) and great performances, Loach reminds us again why the people, briefly, can have the power.

IFI Family: Kubo and the Two Strings (3D) | Sun 28th – 11.00
Laika Studios (ParaNorman, Coraline) continue their commitment to stop motion animation in the wonderful tale of a young boy who must summon up all of his strength to survive after a terrible tragedy, with some help from his magical friends. Unmissable Oscar-nominated treat – tickets just €4.80 or €14.40 for a family.

ILF Dublin: A Grain of Truth + Q&A | Sun 28th – 13.00
The IFI is delighted to collaborate with the International Literature Festival Dublin and the Embassy of the Republic of Poland in Dublin in presenting this screening of A Grain of Truth, adapted from the novel by award-winning and bestselling crime author Zygmunt Miłoszewski, who will take part in a post-screening Q&A.

IFI & IMMA: Shopping Bags Spirits + Kenneth Anger | Tue 30th – 18.30
A key figure in the L.A. Rebellion film movement, which saw the emergence of a Black Cinema that offered a vital alternative to Hollywood output, Barbara McCullough was also a student of Shirley Clarke’s who persistently encouraged experimentation with both form and technology.

Wild Strawberries & Bealtaine: The Angels’ Share | Wed 31st – 11.00
The Angels’ Share sees ex-con Robbie convince others in the Glasgow community service programme to join him in a whiskey scam. Affectionate, filled with humour (and some strong language) and great performances, Loach reminds us again why the people, briefly, can have the power.

IFI & IMMA: Winter Light | Wed 31st – 18.30
The second in a trilogy of Bergman films on religious faith, Winter Light takes place one stark afternoon in a Swedish village where Tomas Ericsson, a widowed pastor (Gunnar Björnstrand) struggles to preside over his dwindling congregation.