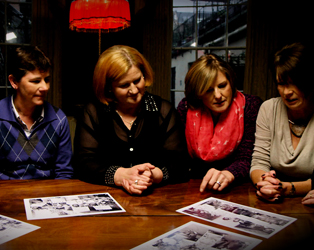 What happens when a low-key protest turns into something much greater can be clearly seen in this documentary about the Dunnes Stores workers who objected to selling South African fruit during the apartheid regime.

Following a union directive, Mary Manning refused to sell two Outspan grapefruit and she and 11 others were suspended, leading to a strike. Expecting it all to be over quickly, the arrival of activist Nimrod Sejake set the strikers on a completely unexpected path.

All film tickets: €4.25 including regular tea/coffee before the event. Wild Strawberries is our monthly film club for over 55s. If you are lucky enough to look younger please don’t take offense if we ask your age.