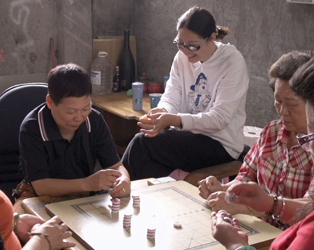 I was a tomboy ever since I was a child in a small village- Taiwanese filmmaker Huang Hui-Chen and her aged, lesbian, mother set off together on a journey into the past in this intimate documentary. Married off at a young age as was the custom, Huang’s mother took off at age 40 to raise her two daughters alone, earning a living as a professional mourner at funerals and in her spare time smoking and gambling with her female friends.

Why did she ever marry? And why after all these years, do mother and daughter remain strangers? Questions Huang, now a mother too, asks of her mother. An-Uh decides to talk.

The screening will be introduced by Hou Hsiao-Hsien.