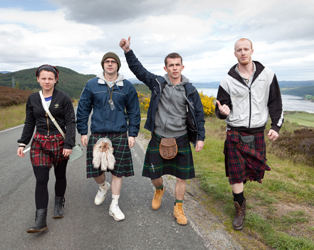 Few filmmakers today have collective action as central to their vision as Ken Loach. Consistently pitting his characters against the system, they brush up against others in similar predicaments and together realise their strength.

The Angels’ Share sees ex-con Robbie convince others in the Glasgow community service programme to join him in a whiskey scam. Affectionate, filled with humour (and some strong language) and great performances, Loach reminds us again why the people, briefly, can have the power.

Screening as part of Bealtaine 2017.