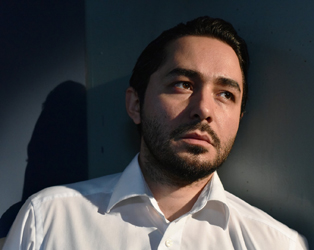 Aki Kaurismäki, the Finnish master of deadpan humour, tackles the immigration crisis in his inimitable fashion. In the years since Leningrad Cowboys Go America (1989), Kaurismäki has refined his signature style – droll observations of life lived on the margins, deliberately artificial sets and static cameras, plenty of rockabilly, vodka and cigarettes – to something approaching perfection.

The Other Side of Hope sees him expand on themes of migration and culture-clash previously explored in Le Havre (2011); Khaled Ali (Sherwan Haji) is a Syrian refugee who has escaped the war in Aleppo and stowed away on a coal freighter, seeking asylum in Helsinki. Meanwhile hangdog travelling shirt salesman Wikström (Sakari Kuosmanen) leaves his wife, offloads his stock of shirts, wins big on a poker game and buys The Golden Pint, a shabby restaurant. The two narratives collide with delightfully unpredictable results.