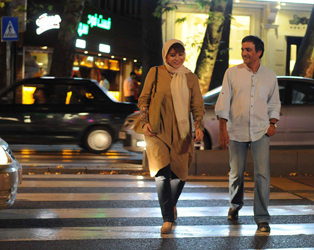 Air pollution in Tehran has reached crisis levels, with atmospheric ‘thermal inversions’ pushing the toxicity level to the point where schools are forced to close. This occurrence also serves as a metaphor for the repressive conditions Iranian women are forced to endure in Behnam Behzadi’s compelling drama.

Niloofar (Sahar Dolatshahi) is in her 30s, unmarried and living with her ailing mother, a victim of the poor air. Her plans to develop her late father’s tailoring business run aground when doctors order her mother to leave Tehran permanently on account of her health.

Without consulting her, Niloofar’s brother and sister decide she is to act as caregiver for their mother in the family’s northern vacation villa, effectively curtailing her ambitions. Niloofar is forced to wake up to her status as a second-class citizen and take action.