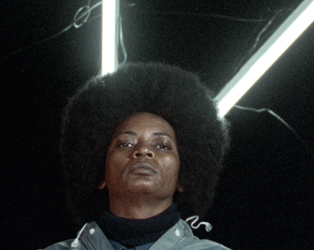 They’re accompanied by Ears, Nose and Throat a recent film from Kevin Jerome Everson that originally escaped the Festival’s reach. Grouped around the purposefully ambiguous theme of ‘X’, a drive towards liveness and agency—produced through an opening to the foreign or the unanticipated— provides a critical framework for the Festival’s selections. These films effortlessly capture these potentials: timeless yet deeply invested in the moment, they’re punctuated with urgency and the power of rhythm, song and testimony.