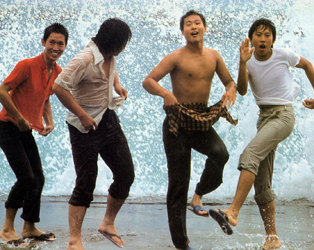 Hou’s fourth feature and one of the breakthrough works of the Taiwanese New Wave, follows Ah-Ching and his friends who have just finished school, on their journey away from their island fishing village to the city of Kaohsiung where they face the harsh realities of the big city and of growing up.

A story based on his real-life experiences, this is Hou’s favourite film, his self-proclaimed ‘first real film’, and the first Taiwanese New Cinema film to gain recognition at festivals in Europe. Through the use of non-professional actors, complex sound design, prolonging the duration of shots, and elliptical narrative, he realised a careful new language for his films, where form and content are equals.

The screening will be introduced by Hou Hsiao-Hsien.