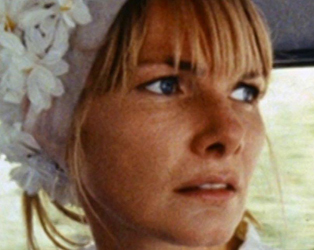 Written, directed by and starring Barbara Loden, Wanda is a rarely screened feminist masterwork. Though much admired by audiences in Europe – it won the award for Best Foreign Film at Venice and was later championed by Isabelle Huppert and Marguerite Duras – the film was overlooked in the States, preventing Loden from securing backing to make another film before her death at just 48 in 1980.

Set in the coal-mining region of Pennsylvania, Wanda is a young mother who casually relinquishes guardianship of her children and grants her husband a divorce.  Penniless and on the road, she encounters Norman or ‘Mr Dennis’ (Michael Higgins), an incompetent thief to whom she submits at every turn.

Following the screening, a panel comprising Tara Brady, film critic at The Irish Times, Karla Healion, Director of Dublin Feminist Film Festival, Dr Susan Liddy, Department of Media and Communications, Mary Immaculate College, University of Limerick, and IFI’s Alice Butler will consider the role of passivity in Loden’s film as well as its reception both in US and Europe.