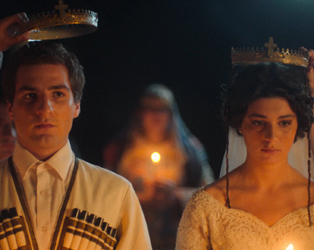 JOHN BOORMAN, THE EAST ASIA FILM FESTIVAL, AND NEW IRISH FILM AT THE IFI THIS MARCH

February 28th 2020: This March, the IFI screens new Irish films including atmospheric sci-fi Vivarium and drama Calm with Horses; a variety of IFI & Virgin Media Dublin International Film Festival (VMDIFF) events, and the return of the East Asia Film Festival Ireland. Acclaimed author and filmmaker John Boorman will attend a screening of his films, followed by a signing of his new book, Conclusions.

To celebrate the publication of cinematic visionary John Boorman’s new memoir, the IFI will be screen two of his short films on Thursday 12th, followed by a Q&A hosted by Donald Clarke of The Irish Times; the evening will provide a fascinating insight into the man behind films such as Deliverance, Excalibur and The General.

New Irish releases this March include gritty drama set in rural Ireland Calm with Horses, which tells the story of an ex-boxer’s role in a crime family, and social realism-turned-science-fiction Vivarium, starring Imogen Poots and Jesse Eisenberg. Turning to Irish visual arts events, the IFI will partner with IMMA to screen Oisín Byrne’s film Glue, followed by a Q&A with Byrne hosted by IMMA Head of Exhibitions Rachel Thomas, and with a Women in Film and Television Ireland shorts event on March 24th.

Films screening as part of this year’s Virgin Media DIFF also spotlight Irish talent. New York Our Time and Skin + Soul, both funded under the Arts Council Reel Art scheme, present film as a cornerstone of cultural practice – the former in the context of the no-wave movement, the latter against the backdrop of fashion photography. Irish classic Anne Devlin, restored under the supervision of Loopline’s Sé Merry Doyle with the collaboration of the IFI Irish Film Archive, will screen on March 6th. On International Women’s Day, there will be a double-bill of 1922 films by Jeanne Roques (Musidora) and Germaine Dulac, with live musical accompaniment from Stephen Horne. On Sunday 8th, Emerald Fennell’s Promising Young Woman, a new revenge thriller starring Carey Mulligan, will premiere.

In addition to a range of diverse screenings, IFI and VMDIFF present Careers in Screen Day on Wednesday 4th, aimed at Senior Cycle students aged 15 to 18. Actress, writer and producer Amy Huberman, and Irish producer Rebecca O’Flanagan, will be in attendance.

For those interested in exploring film on a deeper level, Big Screen Blast runs from Friday 20th to Sunday 22nd March, and offers an in-depth insight into the IFI programme, new releases, and film culture. The film studies weekend consists of four film screenings, with discussions led by IADT lecturer Stephen Boyd, and a brunch event where Head of IFI Cinema Programming will expand on his programming process.

The fourth edition of the East Asia Film Festival Ireland comes to the IFI from March 26th to 29th, presenting a programme of Chinese, Japanese, Hong Kong, South Korean and Taiwanese cinema. Chinese art-house films include So Long, My Son director Wang Xioashuai’s Chinese Portrait and Gu Xiogang’s beautiful Dwelling in the Fuchun Mountains. A variety of genre films include The Wild Goose Lake, Jinpa, and The Host (from Oscar-winning Parasite director Bong Joon Ho), and thrillers Wisdom Tooth and A Girl Missing. Other screenings include heartfelt drama Heavy Craving, LGBT drama Monsoon featuring Crazy Rich Asians star Henry Golding, and drama on childhood friendship The House of Us.

Placing commanding women at the centre of the narrative are new releases Toni Morrison: The Pieces I Am, which documents the Nobel Prize winner’s rise to literary fame through her writing on identity and belonging, and The Perfect Candidate, which dramatises the election campaign of an ambitious young doctor running for candidacy in Saudi Arabia.

Screening exclusively at the IFI, new release System Crasher, directed by Nora Fingscheidt, tells the story of a rebellious young girl exhibiting volatile behaviour as a result of an unstable home life. Also resisting conservative discipline, the protagonist of And Then We Danced is a teenage boy training in traditional Georgian dance, faced with emotional turmoil when he develops feelings for a fellow male dancer.

Coming to screens from Friday 20th, The Truth, Hirokazu Kore-eda’s first film outside of Japan, places Catherine Deneuve centre-stage, alongside Juliette Binoche and Ethan Hawke. This film is March’s Feast Your Eyes pick; the screening on Wednesday 25th will be paired with a set menu in the IFI Café Bar. A special IFI Tribute screening of Pierrot le Fou will showcase the late Anna Karina’s (1959 – 2019) fantastic performance in Godard’s 1965 classic on Wednesday 11th.

This month’s Wild Strawberries screening for over 55s is Wild Rose, starring Kerry-born Jessie Buckley, while the IFI Family pick is The Secret of Moonacre. This month’s Bigger Picture, chosen and introduced by podcaster and comedian Erin McGathy, is Paul Thomas Anderson’s Punch-Drunk Love.

Tickets for all new releases and special events are on sale now from the IFI Box Office on (01) 6793477 and from www.ifi.ie.