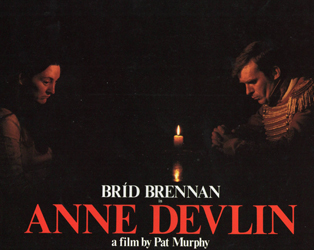 Pat Murphy’s ground-breaking, drama about the woman commonly known as Robert Emmet’s housekeeper feels timely in the ongoing conversation about forgotten women in Irish history. Bríd Brennan shines as Devlin, a woman of principles who refuses to be broken or betray her beliefs amid temptation, punishment and great suffering.

The restoration of ‘Anne Devlin’ was funded by Screen Ireland under the supervision of Sé Merry Doyle (Loopline Film) with the collaboration of the IFI Irish Film Archive.