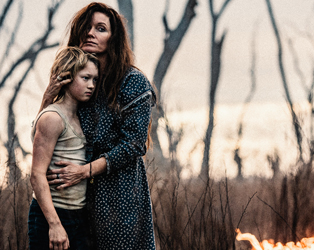 This film opens on March 6th.

The life of 19th century Australian outlaw Ned Kelly has been adapted for the screen before, with both Mick Jagger and the late Heath Ledger essaying versions of the figure, but never with the ferocity and visual flair that Justin Kurzel (Snowtown, Macbeth) has brought to the mythology. Taking his cue from Peter Carey’s Booker Prize-winning novel, Kurzel introduces us to Ned at the age of 12 as he is raised in poverty in the outback by his Irish immigrant parents.