Guxi and half-brother Guliang live in Donggang, Liaoning, a city on China’s northwestern border; they depend on each other financially and emotionally. Guxi works as a hotel maid, Guliang as a local fisherman. When an oil spill contaminates the coastal waters, Guliang loses his livelihood. Qingchang (Wang Jiajia), an attractive and wealthy woman, appears in their lives, and her growing romance with Guliang makes Guxi feel like an outsider.

Meanwhile, Qingchang’s father, a mob boss, is accused of murder, but Guxi stumbles upon the truth. As winter sets in and temperatures plummet, things around Guxi become increasingly unclear. Chinese filmmaker and screenwriter Liang Ming’s remarkable and rigorous directorial debut won both the Fei Mu Awards for Best Director and the Roberto Rossellini Awards for Jury Award at the Pingyao International Film Festival. 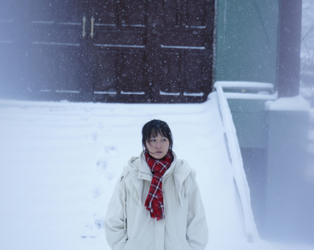