30-years-old and overweight, Ying-Juan (a stellar Tsai Jia-Yin) is the chef at the preschool run by her slim and demanding mother. Ying-Juan enjoys nothing more than cooking for the kids (and herself) but struggles with insecurity, the children having dubbed her ‘Ms. Dinosaur’. Reluctantly, she joins a weight loss programme which seems like the answer, but the real change comes when she befriends the smiling Wu, a handsome young deliveryman, and Xiao-Yu, a boy at the school who likes to dress in girls’ clothing, and a special bond forms between them. Taiwanese writer-director Hsieh Pei-Ju’s debut feature draws on her own experience growing up as an overweight teenager. This thought-provoking film shows the darker side of self-discovery, but is also clever, honest, and touching. 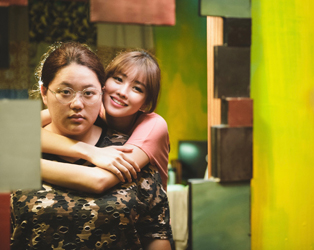