This screening will be introduced by Tara Brady of The Irish Times.

Zhou Zenong (Hu Ge), a small-time gang leader, is injured and on the run after he mistakenly kills a policeman. With a bounty on his head, the police believe he is hiding in the Wild Goose Lake, an uncharted zone on the outskirts of Wuhan city.

It’s a lawless place where people of all professions and crimes mingle. Chinese director Diao Yinan appropriates the film noir genre to give this stark vision of contemporary China. Diao has been called ‘the poet of the night’ and it’s easy to see why. Captured by cinematographer Dong Jinsong, this twisting story unfolds in the dark marshlands of the exotic Wild Goose Lake, all drenched in yellows, reds, and blues. 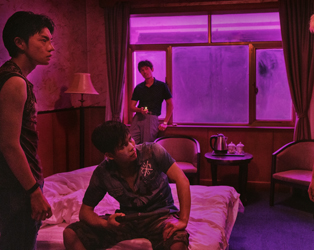