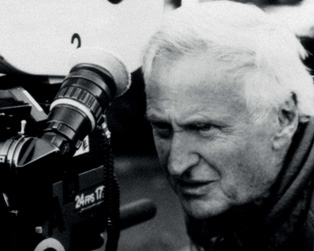 Join us for a very special evening to celebrate the publication of John Boorman’s Conclusions with screenings of short films I Dreamt I Woke Up and Tree Poems, followed by a public interview hosted by Donald Clarke of The Irish Times.

Tickets cost €20, including a signed copy of the book. Free list suspended.

John Boorman is one of cinema’s authentic visionaries whose travels have taken him from London in the Blitz to the pinnacle of Hollywood success: the man behind films such as Point Blank, Deliverance, Excalibur, Hope and Glory, and The General.

Conclusions continues the story of his life that Boorman began with Adventures of a Suburban Boy and shares what has happened since its publication: films made (such as the award-winning The General) and unmade; new knowledge about the craft of film-making; and, ultimately, the story of his kith and kin, including the death of his cherished elder daughter.

Wielding a metaphorical Excalibur, Boorman’s career has been a continual search for the truth that only art can convey, and this memoir shows him at his finest.