What makes for a good comedy? Is it the writing, the directing, or performance? What kind of script enables an actor, known mostly for a particular brand of dim comic roles, to show a totally different talent, sensitive, complex and, indeed, funny? This film, directed by Paul Thomas Anderson, presented a whole new Adam Sandler to the world. Following his multi-narrative epic Magnolia, the writer/director created an offbeat romantic drama in which Sandler, as a novelty salesman, is surface-bland, increasingly desperate and ready to erupt.

Erin McGathy, American comedian, TV writer and Artistic Director of MOB Theatre Dublin, will introduce the film and talk about it being overlooked at box office, and how Sandler, seen only recently in cult hit Uncut Gems, revealed true comic talent and timing. 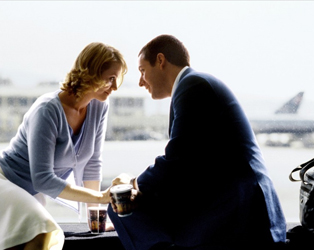