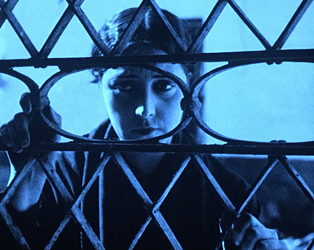 French actress and filmmaker Musidora shines on screen and as co-director in this silent 1922 melodrama which revolves around a love triangle. The harsh cruelty of rejected love forms the tale of an Andalusian woman who is passionately in love with a bullfighter, only to be spurned for another woman.

Regarded as one of the first feminist movies, Germaine Dulac’s 1922 silent film tells of a woman trapped in an unhappy marriage to her rude, domineering husband. Frustrated and fantasising of escape, she decides to load the gun he uses to parody suicide, only to change her mind the next day.

Presented with live musical accompaniment from Stephen Horne. Presented in association with the French Embassy in Ireland.