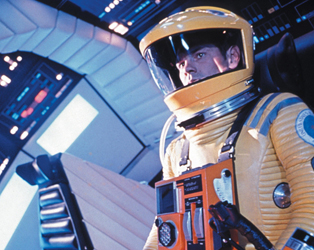 THE GENIUS OF ORSON WELLES AND 2001: A SPACE ODYSSEY IN 70MM HEADLINE A PACKED AUGUST AT THE IFI!

July 30th 2018: A packed August at the IFI features a season focused on the inspired work and ongoing influence of Orson Welles, a visit from director Mark Cousins, Stanley Kubrick’s 2001: A Space Odyssey in 70mm, and exclusive screenings of fantastic new Irish work. The month also sees the return of the IFI Family Festival from August 31st to September 2nd, showcasing the best new Irish and international cinema for younger film fans.

Acclaimed director Mark Cousins will visit the IFI on Wednesday 22nd for a Q&A, hosted by Donald Clarke of The Irish Times, following a screening of his new documentary The Eyes of Orson Welles. Cousins’s expansive documentary chronicles the multi-faceted life and work of the filmmaker, charting his political maturation, unique visual sensibilities, complicated love life, and proudly independent work ethics in a layered and detailed visual essay.

Taking this new documentary as an opportunity to explore Welles’s work in a broader context, the IFI will screen a season of nine films, running from Saturday 11th to Wednesday 29th, highlighting three films that had a profound influence on Welles (Eisenstein’s Battleship Potemkin, Chaplin’s City Lights, and Ford’s Stagecoach), three films inspired by Welles (Kubrick’s The Killing, Paul Thomas Anderson’s There Will Be Blood, and Sarah Polley’s Stories We Tell), alongside three of Welles’s best known works, Citizen Kane, The Magnificent Ambersons and Touch of Evil. Our free daily Archive at Lunchtime screenings throughout August will feature two Welles-related films, Return to Glennascaul and Hamlet at Elsinore, both directed by Hilton Edwards.

Stanley Kubrick’s masterpiece 2001: A Space Odyssey screened at the Cannes Film Festival in May with a new unrestored 70mm print, presented by Christopher Nolan. From Friday 10th, the IFI is delighted to exclusively present the film in 70mm as the director intended. With its inspired use of classical music, astonishing special effects and overwhelming sense of awe and wonder, 2001: A Space Odyssey in 70mm should be on the must-see list of every film fan.

Donal Foreman’s new documentary The Image You Missed, which screened recently at the Galway Film Fleadh, also opens exclusively at the IFI on Friday 10th. Foreman, a passionate cinephile and keen filmmaker since childhood, grapples with the legacy of his estranged father, the late documentarian Arthur MacCaig. The film is a candid encounter between two filmmakers born into different countries and different political movements. Foreman will also present a special 16mm screening of MacCaig’s 1978 documentary The Patriot Game, an intense history of the Northern Ireland conflict.

Other Irish films to première at the IFI in August include Zahara Moufid’s Shelter Me, which documents the takeover of the vacant NAMA-controlled Apollo House as a temporary shelter for homeless people in December 2016; the screening will be followed by a Q&A with filmmaker Jim Sheridan, former trade unionist Brendan Ogle and activist Dean Scurry. Our occasional series of short Irish films, Brief Encounters, returns in August with a new programme entitled New Irish Fiction. Among the films included in the selection are Oscar winner Benjamin Cleary’s new film Wave, co-directed with TJ O’Grady Peyton, Michael Lennox’s Here’s Looking at You, Kid!, Sam Kenny’s Time Traveller and Leon Kavanagh’s Behind Bars.

To coincide with the visit of iconic post-punk band PiL to Dublin on Sunday 26th, the IFI will screen Tabbert Fiiller’s new documentary The Public Image is Rotten the night before on Saturday 25th. While the focus of the film is on the band’s musical output, it inevitably turns to a study of frontman John Lydon, whose iconoclastic, abrasive and unforgiving personality has been an endlessly compelling presence in the music industry for over 40 years.

Our special deal where visitors can avail of a standard adult admission and a main course of their choice from the IFI Café Bar for just €18 continues throughout the month (available online now) while, finally, the IFI partners with Heritage Week to present a behind-the-scenes tour of the IFI Irish Film Archive on the afternoon of Friday 24th; the tour will also provide an insight into one of the Heritage Council-supported projects currently in the pipeline. Places are extremely limited and should be booked via info@irishfilm.ie.

With new releases including Pawel Pawlikowski’s critically acclaimed Cold War, Spike Lee’s BlacKkKlansman, and Marcelo Martinessi’s The Heiresses, our regular Film Club, Feast Your Eyes, Wild Strawberries, and French Film Club events, August at the IFI has something to keep everyone entertained throughout the month.

Tickets for all our special events are on sale now from the IFI Box Office on (01) 6793477 and from www.ifi.ie. For further information and high-res images, please contact Stephen Boylan (sboylan@irishfilm.ie) at the IFI Press Office – (01) 6795744.