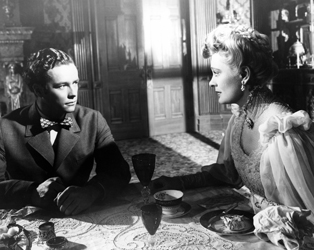 Following the tumultuous release of Kane and the negativity it attracted from William Randolph Hearst’s media empire, Welles signed a new and less favourable deal with RKO, including surrendering final cut. Thus began a pattern of studio interference and broken promises that bedevilled Welles’ career.

The film follows the changing fortunes of the titular family against the backdrop of the social and emotional fabric of American life as the nineteenth century moves into the twentieth. Despite the excision and destruction by the studio of some 40 minutes of footage, to Welles’ credit, what remains is highly regarded as one of his best works.