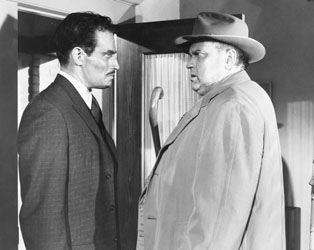 After time spent in Europe, where he made films including Othello (1951), starring Micheál Mac Liammóir and Hilton Edwards, co-founders of the Gate Theatre, where Welles made his stage debut, Welles returned to Hollywood.

Opening with a tracking shot that would be paid homage by Robert Altman’s The Player (1992), Touch Of Evil sees Charlton Heston and Janet Leigh caught up in police corruption in one of the last, best examples of film noir. Despite finishing on schedule and on budget, it was once again subject to studio interference and is screened here in a version that best approximates the director’s original vision.