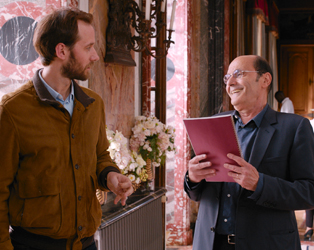 The latest effervescent comedy from the French directing duo of Olivier Nakache and Éric Toledano (The Intouchables) depicts one sprawling, increasingly fraught day in the life of Max (Jean-Pierre Bacri), a world-weary Parisian wedding caterer whose latest over-planned assignment in a 17th century château may prove to be his undoing.

The many characters and narrative threads in this breathlessly paced film overlap and collide to delightful comedic effect.