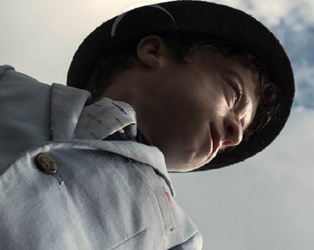 In this second instalment of this year’s focus on short-form cinema a selection of the best narrative fiction comes to the fore.

Time Traveller (Steve Kenny, 2017)
The new film by writer-director Steve Kenny sees a Back To The Future-obsessed Traveller boy striving to finish his own DeLorean replica before his family are evicted from their halting site.

Fern (Johnny Kelly, 2018)
An unlikely relationship develops between a lonely woman and a potted plant in this light-hearted comedy concealing sombre undertones.

Behind Cars (Leon Kavanagh, 2018)
A multi-storey car park attendant takes us through his typical working day. Award winning writer-director Leon Kavanagh blurs the lines between actuality and staged fiction in this piquant mockumentary.

Here’s Looking at You, Kid! (Michael Lennox, 2018)
11-year-old Hubert deals with a recent tragedy the only way he knows how – by assuming the role of private eye detective. The latest short from BAFTA-winning and Oscar-nominated filmmaker, Michael Lennox.

Take Me Swimming (Claire Dix, 2017)
A son must overcome his own conflicted feelings and honour his father’s intentions to keep his mother alive, despite her expressed wish to the contrary. The latest short film from award-winning filmmaker Claire Dix, with a sterling performance from Olwen Fouéré.