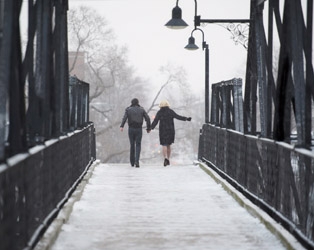 Sarah Polley’s fine documentary, which has grown in stature since its original release, is an extremely personal work, laying bare the copious secrets and foibles of her parents’ marriage.

In part a meditation on the fallacy of memory and the multi-faceted nature of truth, it takes some of its flourishes from Welles’s final completed film, F For Fake (1973). A loose form of documentary, Welles’s film essay focuses on the fields of fakery, fraud and fiction, setting forth the fabulous fable of forger Elmyr de Hory. Filled with fluctuating interpretations of a fickle truth, it is Welles at his most playful.