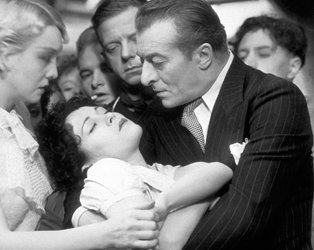 François Truffaut wrote that “of all Renoir’s films, (Le Crime de) Monsieur Lange is the most spontaneous, the richest in miracles of camerawork, the most full of pure beauty and truth. In short, it is a film touched by divine grace”. One of Jean Renoir’s more rarely screened films, charming and lively, this brand new digital restoration shows once again the director’s skill in taking a humanist approach to socio-political commentary.

We first meet Monsieur Lange (René Lefèvre) when he is on the run, wanted for murder, and recognised by the workers of a hotel in which he a female companion seek shelter. She pleads their case, and Lange is allowed to recount the story of how this formerly introverted worker in a publishing house, whose biggest dream was to write Westerns, came to be driven to commit murder.