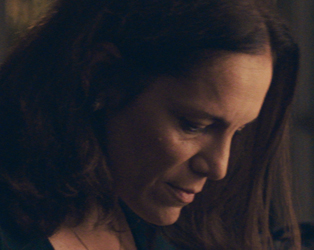 Life long partners Chela (Ana Brun) and Chiquita (Margarita Irun) have fallen on hard times; once members of Paraguay’s gilded elite, their spiralling debts have forced them to sell off much of Chela’s inherited possessions, and Chiquita is facing a prison sentence for fraud.

Chela, an artist working with abstract painting, is cast adrift without the stabilising presence of the more affable and grounded Chiquita. A remote figure, Chela indulges her reclusive tendencies, barely acknowledging the live-in maid Chiquita has hired to take care of her. Stirred from her paralysis when waspish older neighbour Pituca asks to be driven to her bridge game, Chela is soon a paid chauffeur for an elderly coterie of card players.

Drawn to the candidly sensual presence of Angy (Ana Ivanova), the daughter of one of Pituca’s circle, Chela experiences an awakening of dormant sensations.