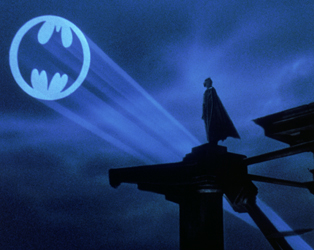 MARCH AT THE IFI – EVENTS, EXCLUSIVES, COURSES AND MORE

We’re welcoming in March at the IFI with a host of new releases and exclusive screenings throughout the month.

That includes Certain Women, Tomato Red, Dancer, Elle, Personal Shopper, The Secret Scripture, Graduation and recent Oscar-winner The Salesman. And we’ll be exclusively showing The Age of Shadows, Aquarius, The Eyes of My Mother, The Olive Tree and In Loco Parentis.

And there’s plenty more besides.

IFI French Film Club: It’s Only the End of the World / Wednesday 1st – 18.30
A special presentation of the new family drama from French-Canadian filmmaker Xavier Dolan, featuring an all-star cast including Marion Cotillard and Vincent Cassel. Alliance Française and IFI members can avail of a special price.

Lost in France + Panel Discussion / Friday 3rd – 18.15
A new rock documentary about the early days of Chemikal Underground and a return of the major acts to France many years later. The screening will be followed by a panel discussion with director Niall McCann, Emma Pollock, and RM Hubbert.

Irish Focus: Between Land and Sea + Q&A / Sunday 5 & Tuesday 7
Acclaimed documentary filmmaker Ross Whitaker captures a year in the life of the surfer’s paradise of Lahinch in the West of Ireland. This observational doc is full of stunning surf footage, and everything else that goes on in the lives of this close-knit community. Ross Whitaker will take part in a Q&A screening on March 5th and 7th.

The Bigger Picture: Singin’ in the Rain / Monday 6th – 18.30
This classic Hollywood musical, first released in 1952, belongs on the big screen, and we’re delighted to present it as part our of Bigger Picture series – including an introduction from arts programmer and producer Róise Goan. It also acts as a tribute to star Debbie Reynolds who passed away in late 2016.

IFI Café Bar Pub Quiz / Tuesday 7th – 21.30
The IFI’s Monthly Quiz is back, with challenging rounds of questions at the Café Bar. Get your team together and compete against all comers, with quizmaster Adam Isherwood. Just turn up before 21.30, and get your general knowledge ready!

International Women’s Day screening – Losing Ground / Wednesday 8th – 18.30
To celebrate International Women’s Day 2017 we’re screening a lost classic – Kathleen Collins’ Losing Ground. The 1982 film was all but forgotten for the last three decades and is notable for being one of the first features directed by a black woman. This emotional drama will be introduced by Dr Zélie Asava, Programme Director of Video and Film at Dundalk IT.

John T. Davis Retrospective / 8-22 March
A wide-ranging series dedicated to the life and works of seminal documentary maker John T. Davis, who celebrates his 70th birthday on March 7th. Seven films will be screened, and a special event on March 22nd will see Davis himself interviewed by writer and broadcaster Vincent Woods, accompanied by work-in-progress footage from new film Mshiikenhmnising.

From the Vaults: Cine-concert: St Patrick’s Day / Saturday 18th – 14.00
The IFI Irish Film Archive in association with the Saint Patrick’s Festival presents a programme of short silent films about St Patrick himself and about the annual festivities that honour him. Includes music from Cormac de Barra, harpist, and Éamonn de Barra, percussion, whistle and flute player.

Celebrate the season with this charming family film. Tomás is a shy young lad who goes to live with Máire and her husband Alec in a wild coastal village. There he has to adjust to a quiet, rural way of life and make new friends. With Connie Neilsen and Aidan Quinn.

Evening Course: From Russia with Film / 21 March – 25 April
With 2017 marking 100 years since the Russian Revolution, our course looks at examples of Russian cinema from the Soviet era through to glasnost, and today’s film production under Putin. There are six screenings with guest speakers for €70.

Feast Your Eyes: The Olive Tree / Wednesday 22nd – 18.45
A screening of Icíar Bollaín’s warmly received The Olive Tree will be followed by a specially devised main course in the Café Bar. Tickets €20.

Director Paul Verhoeven has brought us classics like Soldier of Orange, RoboCop and Starship Troopers and he’s back with his first feature in a decade. Elle is gaining lots of attention for it’s themes and the incredible lead performance by Isabelle Hupert, and you can discuss it with our Programming team on the 23rd of March.

PLASTIK 2017 / 21-26 March
The second edition of PLASTIK Festival of Artists’ Moving Image – devoted entirely to artists working with the moving image. With films by over 40 artists and filmmakers, including both contemporary and historical work, PLASTIK will take place at a range of venues in Dublin, bringing international and Irish work together to form a distinct programme, much of which will be screening in Ireland for the first time.

The Secret Scripture + Q&A / Friday 24th – 20.15
Irish filmmaker Jim Sheridan takes on the challenge of adapting Sebastian Barry’s award-winning for the big screen, with a cast including Eric Bana, Rooney Mara, Jack Reynor and Vanessa Redgrave. The director will be on hand for a Q&A after the screening on March 24th.

Cine-Concert: Torrey Pines / Monday 27th – 20.30
Animator and musician Clyde Petersen’s debut film is an autobiographical stop-motion animation which touches on issues of mental health and gender identity. The event will begin with a short set from Dublin band Pillow Queens. Live accompaniment to the film will be provided by members of Your Heart Breaks, Clyde Petersen’s musical collective.

Tim Burton changed cinema history with his blockbuster take on The Dark Knight, bringing a sense of seriousness and scope to the superhero subgenre which prefigured the current face of mainstream moviemaking. Presented in 70mm at the IFI, audiences will get to experience Batman like never before. Some tickets still remaining for March 29th show.